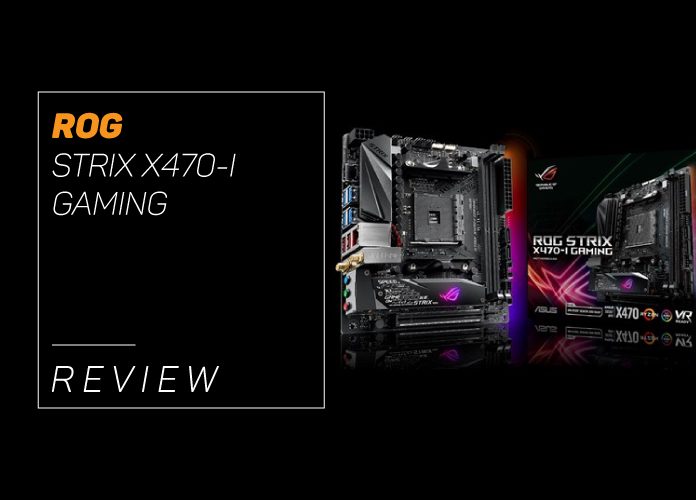 The X470 chipset has become one of the go-to chipsets for overclocking as well as a synonym for stability. There are plenty of variations out there coming from different vendors, but most of them aren’t as different from each other as one would imagine. The ROG Strix X470-I Gaming is a Mini ITX form factor motherboard with plenty of useful features and it’s made of high-quality components.

This motherboard is a great solution for people who are looking to upgrade their machine with a Ryzen processor and use its full potential. On top of that, it comes with comprehensive software and it’s more user-friendly than most others on the market. Therefore, whether you’re an avid gamer or an occasional user, the X470-I Gaming would probably be a pretty good choice.

The first thing people should be aware of is the form factor. While it’s not technically a feature per se, it’s definitely worth mentioning as it is one of the most common misconceptions people fall victim to. In other words, make sure you have an appropriate case before ordering this motherboard.

The rear IO consists of an HDMI port, four USB 3.1 Gen-1 ports, two USB 3.1 Gen-2, an Intel Gigabit Ethernet port, two Wi-Fi ports, and standard audio jacks. Furthermore, RGB lighting is available but not as dominant as one might expect. There are two lighting zones available, one on the back of the board and one on the M.2 heatsink. Speaking of M.2, most people are quite surprised by the improvement in speeds and data transfer thanks to heat dissipation. In other words, even though most people think cooling is quite gimmicky nowadays, it’s actually relevant and useful apart from being aesthetically pleasing.

One of the great advantages of this motherboard is its compactness combined with the sheer quality of the included components. ASUS is a pretty well-known and thus well-respected brand in this industry meaning you can rest assured that they offer a well-engineered piece of hardware. The X470-I Gaming isn’t flashy nor over-engineered, but that doesn’t mean it’s not a worthy investment. As far as the disadvantages go, we would have liked seeing a RAM capacity greater than 32GB, but it’s definitely not a deal-breaker by any means. The price is reasonable, although it’s somewhat premium.