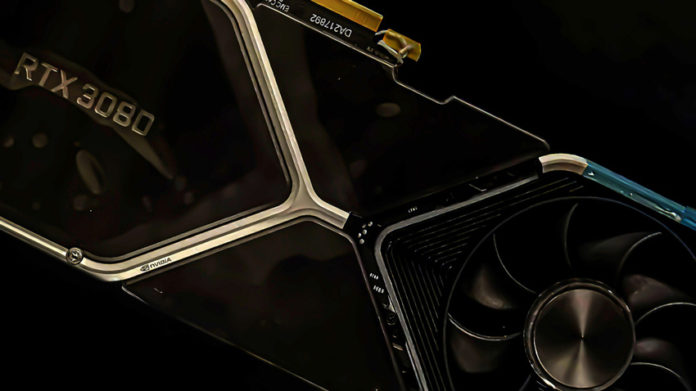 This year is going to get pretty exciting for the PC gaming community, as Nvidia benchmarks leaked earlier shows us a new GPU is on the way. Nvidia is leading the GPU market right now with its GTX 2080 generation GPUs. But coming August or September they are going to release their new generation which will be even more powerful.

Currently, Nvidia is using their Truing architecture for its high-end flagship graphics cards. But soon it will be changing; as these new graphics cards are based on Ampere based architecture. It will be also based on newer GA102 Die, which will give it the extra boost for video rendering.

This GPU will be launched with a core speed of 1935 MHz and a memory clock speed of 6000 MHz. As of now, the higher variant of these graphics cards will be based on 21 GBps Bandwidth and the lower variants on 18GBps Bandwidth. So you can throw any game on it, and it will be able to process it without breaking a sweat. This is going to be Nvidia’s most powerful graphics card ever. Nvidia benchmarks leaked and showed that this cannot be a mid-ranged graphics card with all of these processing powers. So it has to be their next flagship GPU.

This graphics card is also going to make Nvidia’s rival AMD sweat, as only an overclocked Nvidia 2080 Ti can match with it. And AMD is also coming up with their new line up of graphics card, so they better put in their heart in it, or they are going to lose a big chunk of their market share.

Now in the configuration, it will have 3 variants.

This graphics card will also have some other features, like a co-processor to help the main on with video rendering and stuff. And these new GPUs are also gonna have greatly improved Ray-tracing capabilities. Newer gaming consoles like Xbox Series X and PS5 are using Ray-tracing hardware, which this GPU can take advantage of to give us real life-like gaming experience.

Although Nvidia benchmarks leaked, make people crazy over their performance of upcoming GPUS; these will also have an all-Aluminum body and four heat sinks to tackle the heating issue and to help with the overclocking. So this beast is going to make the Nvidia fans pretty excited.