Over the years, there have been a lot of advancements in the computer technology. But, unfortunately, when it comes to the technology of computer cooling, everything is pretty much the same as it always was. The method is relatively unchanged – a fan draws the cool air inside and pushes the warm air outside.

Of course, one can easily use other methods, but they’re typically either too complicated or too expensive. There was one change, though, and it concerns the aesthetics of these fans. Nowadays, they feature RGB lights, and these are certain to make a real light show out of your rig. If you’d like to have these kinds of fans inside your PC but don’t know a lot about them, read on – our comprehensive RGB fan buying guide is here to help you. 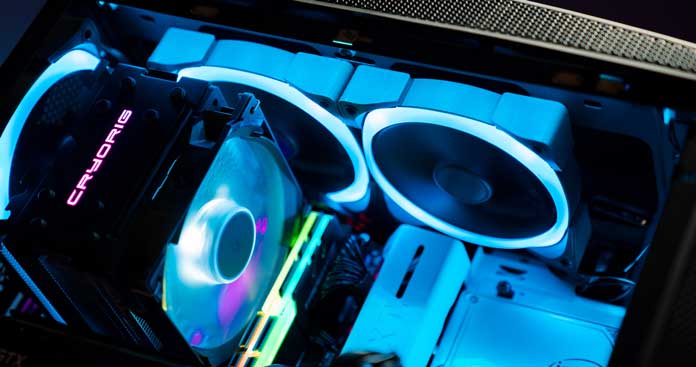 There are two primary types of PC fans, and those are case fans and CPU fans. As the name suggests, the CPU ones are connected to the processor’s heat sink, and their purpose is to keep the CPU cool by removing the hot air. The case fans, on the other hand, circulate the air inside your computer’s case and are usually positioned on the back and on the front of the case. They also move the debris and the dust through the chassis as well.

In most cases, PCs will have a single CPU fan and a couple of case fans. At least one of those case fans will have the task of drawing the cool air inside, and one of them will push the hot air out. A good practice would be to have more intake than exhaust fans in order to prevent a vacuum from occurring inside the chassis.

RGB fans are usually the case fans since they can be positioned at a number of different places, unlike their CPU-related cousins. Therefore, they offer most flexibility when it comes to making a light show out of your computer case.

Case fans sizes typically range from 25mm all the way to 250mm. The most typical sizes are 200mm, 140mm, 120mm, and 80mm. Each of these dimensions comes with specific advantages and disadvantages, and each is suitable for the particular kinds of users. When looking for an ideal size, the most important thing is to check if it fits into the chassis of your PC.

In conclusion, choosing the fan’s size should depend on your rig – if it gets hot very quickly, go for a larger fan and vice-versa.

As you can already guess, the noise is a good indicator of how well a certain case fan is performing, and loud fans can be quite annoying. Smaller models are generally producing more noise due to the fact that they operate at higher speeds. Obviously, this is can be especially irritating to gamers as it easily breaks immersion.

PC fans of bigger sizes don’t produce as much noise due to their bigger blades. These operate at a slower pace, which, in turn, leads to less-pronounced noise. It is also worth noting that these bigger fans are also more expensive, but that shouldn’t be a problem if you really want to have as less background noise as possible. 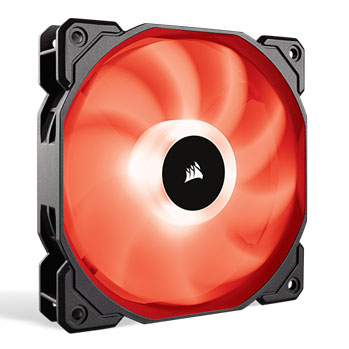 The speed of the fan is measured in RPMs, which stands for Revolutions Per Minute. It’s something that considerably contributes to the performance of a particular fan – it’s not a feature to be looked over. The general rule of the thumb is that faster models provide better airflow but also produce more noise, while the slower models offer less airflow but also aren’t as loud.

Finding a balance between these two factors is of essential importance, as it is sure to save power and improve the performance. In our opinion, a good combination would be a model that’s larger but operates at less RPM – such fan would generate decent airflow, reduce the noise, and save some energy.

We should also mention that many modern models come with built-in speed controllers – it’s yet another excellent feature for those who want as less background noise as possible.

As the name suggests, the RGB fans are producing a broad array of colors due to the combinations of the three primary colors, which are red, green, and blue. Since this part is entirely up to the buyer, our only advice would be to get a model that comes together with comprehensive and easy-to-use software that will allow you to control these colors. Many models come with a number of pre-configured color schemes, but you can, of course, make your own schemes and thus personalize the look of your rig.

These were some of the essential features one has to look for when buying an RGB fan for his computer. By keeping the above mentioned factors in mind, you’ll end up with RGB fans that won’t only give a new look to your PC but will also serve you for the years to come due to their durability and good performance. Good luck!