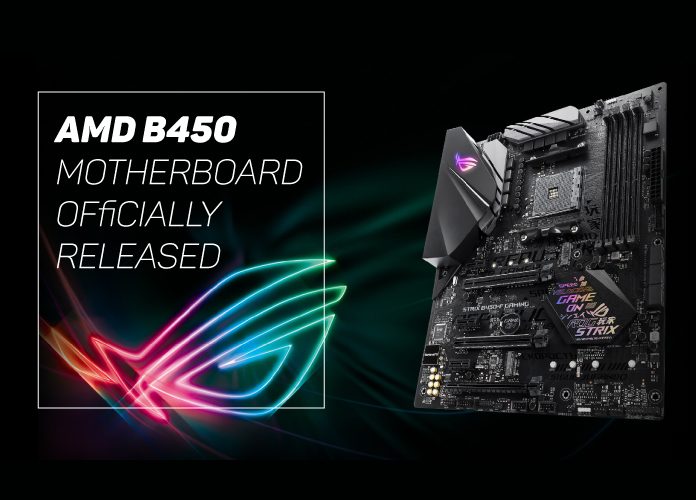 AMD has finally released their B450 chipset – it’s a successor to the famous B350 chipset and it focuses on the lower end of the motherboard market. Therefore, the motherboards that will use this chipset will be quite affordable and will undoubtedly appeal to those looking to save some money. The stand-out features of this chipset are Precision Boost Overdrive and StoreMI, with both of these not being officially available / supported on B350 and X370 chipsets. Let’s have a quick look at these features – they are, actually, quite impressive and could be very useful to an average PC user.

StoreMi is capable of combining faster and slower disks (like SSDs and hard disks) into single volumes. The primary benefit of this comes with moving the files you regularly use onto your SSD – you get the faster load times but while still having the cheap storage space of your hard disk.

The Precision Boost Overdrive, on the other hand, can overclock Ryzen CPUs (2nd generation) by allowing you to use straightforward settings in your BIOS. As you can already guess, this provides the user with the much better multi-threaded performance but without having to sacrifice the boost that comes from AMD’s brand new boosting algorithms. This leads to faster performance in a plethora of applications, including the newest game titles.

In conclusion, the PC enthusiasts who are on a tight budget and can’t stretch to X370 or X470 should definitely consider purchasing a B450 motherboard. Not only will it be better than boards with B350 chipset but will also provide you with handy new features such as Precision Boost Overdrive and StoreMI. Like always, there is a myriad of manufacturers to choose from – MSI, Gigabyte, Biostar, Asus, ASRock, and others, with B450 motherboards that span ATX, micro-ATX, and mini-ITX form factors.