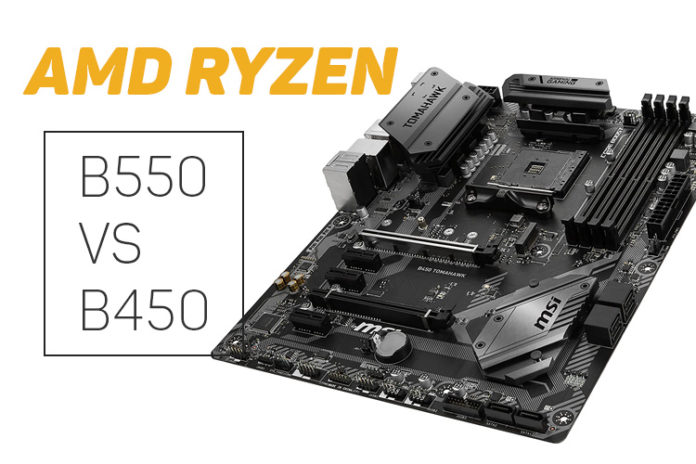 After AMD released their 3000 series processors alongside their all new X570 Chipset a while ago, we were expecting that their lower tier chipset B550 would be just a few short months away. Well, it will take AMD almost a year to release their midrange chipset. B550 is scheduled to go on sale on June 16th 2020.

AMD’s new chipset main feature will be bringing PCI-e Gen 4 for those on budget. Which means your brand-new GPU will be able to utilize the new standard. This is good news for all those who wish to use PCI-e gen 4 nvm-e SSD’s with read and write speeds well over 5 GB/s. This feature was previously exclusively available for those running AM4 X570 motherboards (and TRX40 on High End Desktop Platforms). The B550 chipset (as seen in the table above) won’t have usable gen 4 lanes like X570 does, users should keep that in mind.

When Zen 2 chipset launched together with X570 chipset. There were some rumors that PCI-e Gen 4 could be enabled through BIOS update on some X470 and B450 motherboards. AMD was quick to react and pulled the support in their next AGESA update. The reason behind such action was simply that most of the motherboards from previous generation weren’t built to spec to support Gen 4 PCI-e.

June 16th will be the date when we can finally enjoy Gen 4 PCIe on the budget. While B550 is an upgrade over B450, you probably shouldn’t run out and replace your motherboard. However, if you are building a brand-new system and are wondering which chipset to go with take into the consideration what you will be doing with the system and the pricing. Given that B450 is really mature chipset (in motherboard terms) there may be some really good deals when B550 launches.