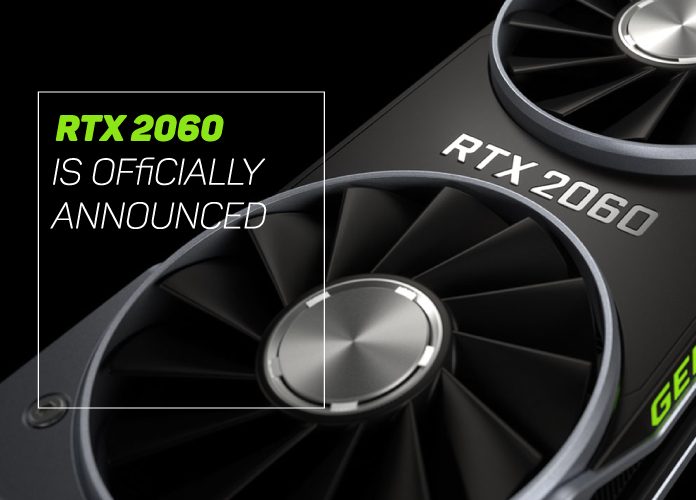 CES is one of the more popular tech events throughout the year. This year Nvidia was one of the first to take the stage and sows us something new.

Unsurprisingly to everyone that was following the leaks that were more frequent as the CES approached, Nvidia announced its sort of high midrange graphics card, the RTX 2060.

Although there were rumors that there will be three memory capacities (3GB, 4GB & 6GB) across two different types of memory (GDDR5X & GDDR6) Nvidia only spoke about the 6GB DDR6 model.

Here are the specs:

The launch price is set to be $350 which is a whole $100 more than the GTX 1060 6GB model.
The price hike itself isn’t so bad if we consider the performance. Early reviews show RTX 2060 having the quite similar performance as GTX 1070 TI.
And if the rumors are to be believed there will be a “GTX 1160” which is supposed to have the same performance but will come without the new fancy features that the RTX cards brought, like RT Cores and Tensor Cores. Omitting these features should also bring down the price a bit.

Experience next generation gaming for only $349 when it releases on January 15th. #RTXItsOn #CES2019 pic.twitter.com/fDMVLngZWC

Another interesting thing Nvidia spoke about was its adaptive screen refresh rate G-Sync working on selected Free Sync monitors.
A the moment there is just a handful of Free Sync monitors that will officially support G Sync, but the list will get longer as time progresses.