After a very long domination on the market – Intel is about to get competition from its longtime rival AMD. This will happen in the form of its brand new AMD Ryzen CPUs. It will be an exciting year in terms of moving the margins of the overall performance in the CPU market. Most importantly the users will see the most benefit from this market race for dominance.

In the last decade, AMD has been struggling with bringing an equal performance chip to rival its Intel made counterparts. This has allowed Intel to control a whopping 85 percent of the total CPU market. AMD had to content with a measly 12 percent piece of the market share for all this time. Finally, they developed a new processor architecture that will put them at least in an equal performance bracket. Tech insiders claim that their new generation of processors surpasses even the best of the current Intel CPU lineup.

Does Ryzen line of CPUs have what it takes to resurrect AMD and increase its market share?

First announced with the name ZEN the new CPU lineup from AMD has since become known as Ryzen brand of processors. The latest information leak shows that there will be 17 models of the new CPUs. The leaked information suggests R7, R5 and R3 series chip branding. The R7 designation stands for the top of the line performing series. The R5 series is for the mid-tier performance and the R3 targets the low-end segment of the market. 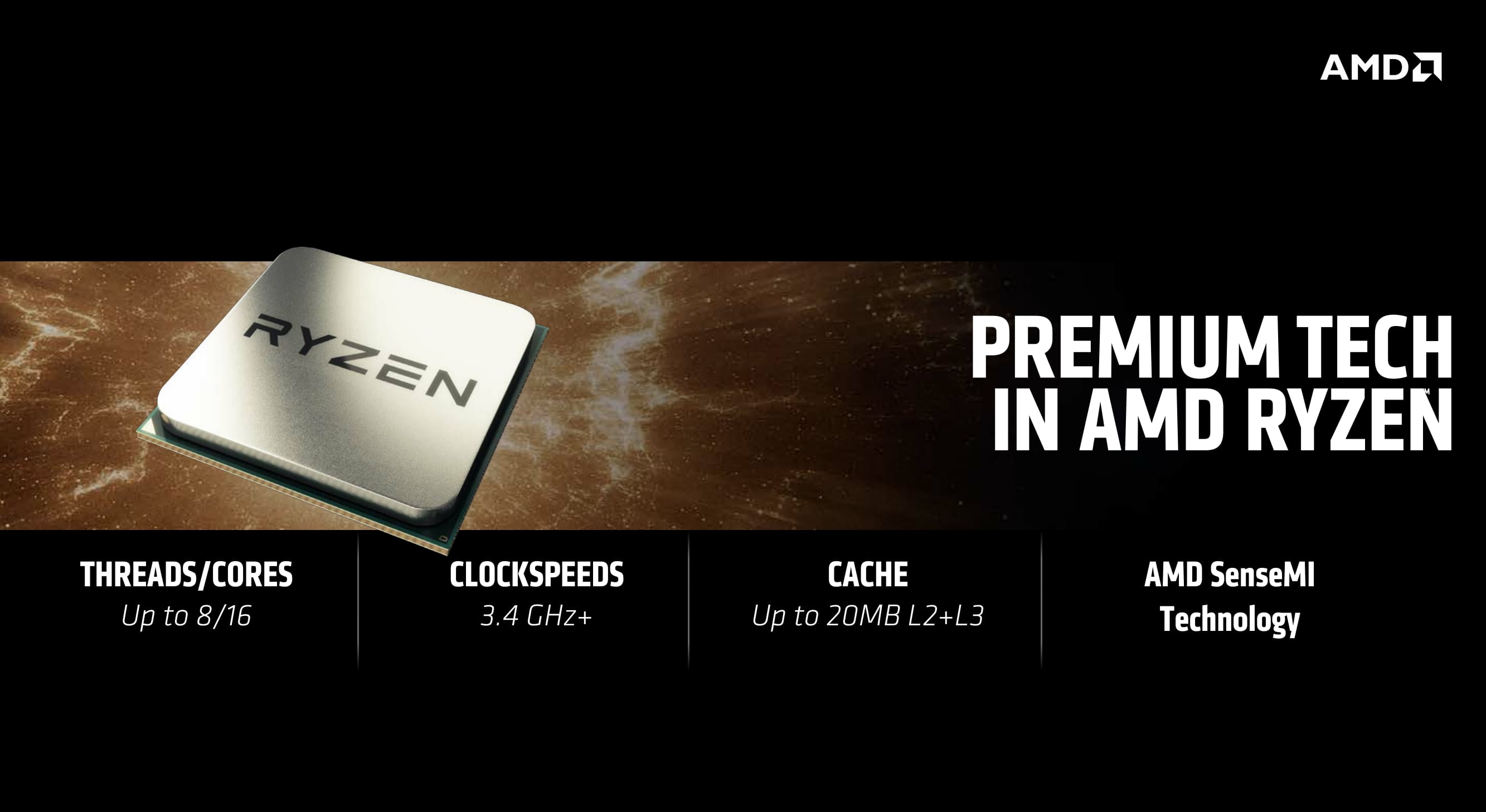 The most powerful R7 line of AMD Ryzen CPUs will include 8 cores with a total of 16 threads available. The mid-tier R5 comes as a 6 core – 12 threads variant. Finally, the R3 versions come as a 4-core chip with a total of 8 threads. As with Intel CPUs that have “K” letters to distinct their unlocked multiplier we see an “X” model designation for the upcoming Ryzen processors. AMD already stated that all of their new series of CPUs will come with an unlocked multiplier. We can guess that the X letter designation means a possible “Black Edition” version. This was the case with the previous generation of AMD CPUs.

Overclockers should rejoice as AMD has included power load balancing tech that will enable an on-chip diagnostics system. This will determine the optimal power load limits and increase the CPU running clock automatically. This will, in turn,  squeeze out, even more, performance from the chip given the right conditions.

What is known so far is that the most powerful model will be designated as AMD R7 1800x. It will come as a true 8 core – 16 thread powerhouse. The boost clock is 4 GHz which is a decent increase from its 3.6 GHz base operating frequency. It will come with 4 MB L2 and a whopping 20 MB of onboard L3 cache. The TPD is 95 W which will allow more than enough room for overclocking. What is unknown currently is the price bracket this flagship chip would fit into. Speculations put it somewhere in $499 to $699 US range. This is based on the fact that AMD wants its R7 1800X model to compete with Intel’s i7 – 6900K processor. The non-X variants of R7 series will compete with Intel’s Kaby Lake i7 7700 series of chips respectively.

On the other hand, the mid-tier R5 series that come with 8 cores and 16 threads are targeting Intel’s i5 7600 Kaby Lake series of processors. The 4 core and 8 threads R3 models will be an answer to Intel’s i3 series of CPUs. 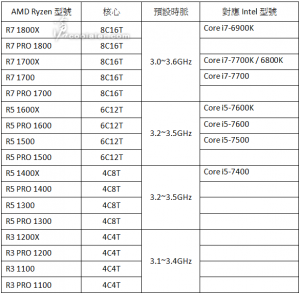 The launch date is said to be the 2nd March of 2017. We shall have to wait and see how AMD Ryzen processors perform against the Intel counterparts in the performance department.

The motherboards for the new processors include an AM4 socket based 300 series chipsets. The new X370, B250 and A320 series motherboards come with increased number of PCIe 3.0 Express lanes. Also new is the Dual-Channel DDR4 Memory support. Boards will feature latest connectivity standards such as SSD M.2 SATA and USB 3.1 Generation 1 and 2 slots. Enthusiasts and power users will have the X370 series of motherboards. The mid-tier B250 offers no Crossfire and SLI support unlike the one included on the X370. For non-demanding users who want decent capabilities and a more entertainment-oriented PCs for home use, there is A320 motherboard series. A320 will finally allow AMD users custom HTPC home entertainment builds and Small Form Factor computers. 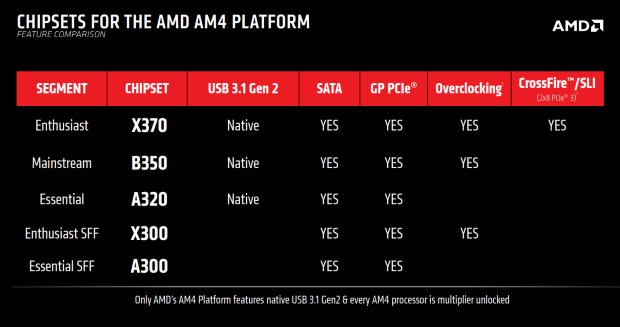 We are really looking forward to the upcoming official launch of AMD Ryzen platform. Our hope is that it will shake up the market with competitive pricing and overthrow Intel’s decades-long domination. Intel has and still is at the number one spot since the long gone Athlon days when AMD was performance king. Consumers will profit the most from this as Intel will most likely have to lower prices in order to stay competitive. Perhaps even finally start increasing performance of its future chips as a response to the market shift. We are also looking forward to Ryzen series low power TDP performance. This has been a major negative aspect of all previous AMD flagship CPUs. Set your sight on the start of February when AMD will officially reveal its latest processors to the world.