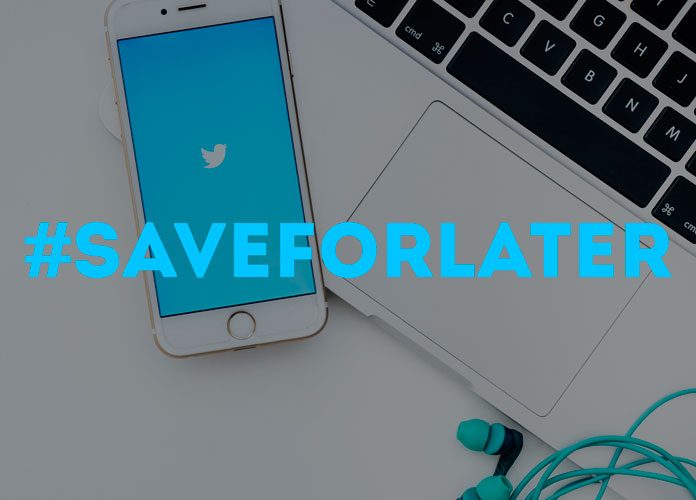 Twitter is working on a brand new bookmark feature which will allow it’s user to save tweets for later viewing.

This feature is still in development and Twitter is asking their users for feedback and ideas that they can share by using #SaveforLater.

Taking into consideration that many users use this social media platform for news and creative ideas, this feature may prove as really useful. At this moment if the user wants to save a particular tweet or it’s linked content the user must use a third-party application.

For Hack Week @Twitter we started developing #SaveForLater. Here’s the early prototype that we put together in a week, which is likely to change. pic.twitter.com/c5LekvVF3l