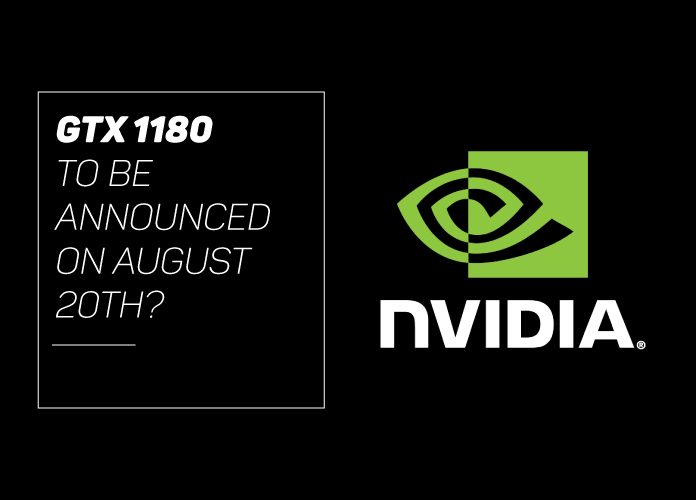 We can safely say that it’s been quite a while since we’ve seen new GPU’s from the world’s largest manufacturer of graphics cards. Following Nvidia’s progress with developing next-gen graphics architecture was very exciting over the last couple of years, and that is precisely why we can’t wait to see the official information on GTX 1180 that is rumored to be announced on August 20th of this year.

You see, the word on the street is that the company plans to announce their brand new GTX 1180 GPU at Gamescom 2018. Of course, we’re not sure about the accuracy of these rumors, but it looks like the announcement might actually take place this time – the sheer amount of speculation certainly suggests so.

The graphics card itself is rumored to include up to 16GB of memory (GDDR6), a clock speed between 1.6 – 1.8GHz, and 3,584 CUDA cores. All of this suggests that GTX 1180 will be more than capable of playing the newest video games with 144Hz refresh rate and at 4K resolution. As you can already guess, this turns GTX 1180 into a key purchase for all those thinking about purchasing Asus’ or Acer’s newest 4K gaming monitors.

When it comes to the price, however, the things get a little tricky. The current segment of Nvidia’s 10-series cards is precisely the one where the company has changed the way they charge for their GPUs – they added some advanced cooling systems and increased the price for $100.