Whenever someone mentions Asus, most people associate that brand with high-quality components; there is no question about that. The new ROG STRIX X470-F Gaming motherboard is nothing short of being yet another one of their great solutions for both avid enthusiasts and occasional gamers. This high-end AM4 motherboard is equipped with a plethora of different features some of which are quite innovative and useful for overclocking and general performance improvements.

Whether you’re a passionate gamer or you simply like having top-notch technology in your machine, consider checking this particular model out because it offers far more useful features than one would expect for the price. Speaking of price, there’s no need to worry as it is pretty budget-friendly even though it cannot be considered cheap by any means. 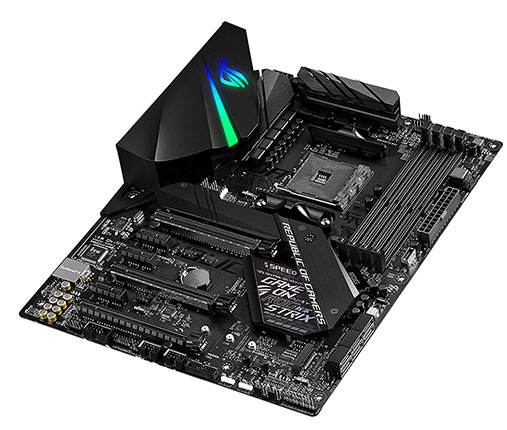 As we pointed out, this motherboard comes with a lot of interesting features. For example, if you’re an avid RGB fan, the Aura-Sync technology is quite interesting and easy to use. The built-in RGB LEDs offer a variety of presets including a breathing mode, rainbow, flash & dash, waves, and much more. Even though it’s not necessarily a technical feature, it’s still worth pointing out.

As for the performance, the DDR4 stability improvements, as well as RamCacheII technology, are a neat touch. In fact, the X470 chipset is specifically designed to endure and cope with incredible loads and alleviate the pressure that’s being built upon your system by games, rendering, editing, and etcetera.  One other thing that’s worth pointing out is the audio quality, or rather, the high quality of integrated capacitors. Furthermore, this motherboard also features integrated VRMs, overcurrent protection, onboard LEDs, and metal reinforcements on the PCIe slot.

The IO contains HDMI and a display port, five USB 3.1Gen 1 Type-A ports, PS/2 combo port, S/PDIF out, five audio jacks, two USB 3.1 Gen 2, and one USB 3.1 Type-C. As you can tell, there is no shortage of versatility when it comes to different port generations. 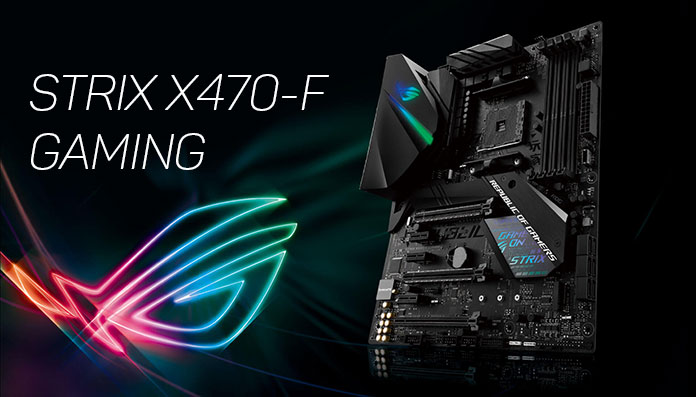 The thing that most people like about this motherboard and chipset in general, is the user-friendly concept behind it. In other words, even if you never wanted to mess with overclocking and tweaking because you didn’t want to cause damage to your hardware, you can safely do it now thanks to the great UEFI interface.

When it comes down to disadvantages, there really aren’t many. Some people think it should be a bit cheaper, but as far as we are concerned, the price is quite affordable and in accordance with the technology found in the X470-F Gaming motherboard.